There is no shortage of good specced phones in 2019, some land with a huge price tag and few of them are designed to give maximum value at a reasonable price. Honor’s new lineup probably fall in that category.

Honor 20 and Honor 20 Pro are two look-alike siblings with not much difference in features, so much similar that you can take either of them and you wouldn’t regret missing the other one.

Both of these devices come from the maker that works under the umbrella of the tech giant, Huawei. Luckily we have the max feature phone as our review unit, but we must not consider it as an affordable cousin of Huawei’s camera beast P30 Pro; instead, Honor 20 Pro has its own distinctions and weaknesses.

In Pakistan, the phone is launched for PKR 99,999, not so pricey if it is compared with other flagships. Honor must have cut some corners to keep its price under 100K psychological barrier, but we are hopeful those minor compromises are not going to influence our decision to disrespect this phone.

Here are the highlighting features of Honor 20 Pro, and let’s just dive deep to see how this device responded during our testing period.

Honor takes many of the positives from Huawei, and the aesthetics of 20 Pro are a testament to what it inherits from other high-end phones of the family. The ‘phantom blue’ color we have, actually gives a greenish look and according to Honor, it’s a ‘triple 3D mesh formed into single 3D curved glass’. This wordy explanation aside, it makes the exterior really unique and appealing.

Unlike Honor View 20, there is no fingerprint scanner on the front and backside in favor of an uninterrupted and clean panel. But apart from its color psychology, the quad-camera setup on the top-left corner is way too prominent. Three lenses are enclosed vertically in a rim pushing out the fourth dedicated macro camera and the flash. Camera protrusion is quite massive, and they stick out to such a degree that it wobbles on a flat surface, at the same time, the aesthetics are commendable.

Not many things are on the front other than a huge display of 6.26 inches, and a hole-punch notch parked at the top-left corner meant for housing the front 32MP selfie shooter. Despite its presence on many popular phones now, the punch holes keep reminding us of a tiny but prominent design element during movies and games sessions, but it feels far better than larger notch designs in iPhones and few Androids. It requires a few hours to get used to it. However, if you are not comfortable with the notch, there is a way to hide it from the setting area, you don’t need to allow apps to run full screen, yes, doing so, you will have to live with a software-based black-out strip at the top edge. On day two, the punch hole was almost unnoticeable.

The bezels are quite minimal, and they are responsible for increasing the screen-to-body ratio of up to 91.6%.

The right side of 20 Pro is unique in a way that the power key also behaves as the fingerprint scanner. An indent makes this button easy to find without searching for it, and it’s a snappy system, so we found ourselves unlocking and able to use the phone much more quickly with this side-mounted sensor than with the now-common in-screen scanner which still misses sometimes. Right above, there is a nicely protrude volume rocker.

Honor 20 Pro comes with USB C support, but unfortunately, there is no audio jack that we still don’t want to live without even though Apple, Samsung, and Huawei are trying hard to snatch it away permanently.

We earlier questioned which corners Honor had to cut to keep the price low, and here it comes, the display is an LCD, not an OLED. Technically, it would be considered a downgrade, but the screen offers a good brightness level indoor and holds up well under direct sunlight. It can be further tweaked from inside the display setting area. The “smart resolution” toggle is the best choice to avoid a burden on the battery life; it allows the phone to decide itself between HD+ or FHD+ depending upon the kind of content on the screen and lighting conditions around.

We must not skip the fact that Honor Pro 20 carries Kirin 980 chipset inside, the same we witnessed on P30 Pro and how can we forget the performance, it was great. It is no different a case with 20 Pro either, and we faced no issue with multitasking. I still don’t understand why Honor had to inject 8GB RAM inside, even, 6GB could have served brilliantly well. Since we had an extra resource at our disposal, we could never choke it during our day to day working.

During our gaming experience, we played resource-hungry games for several hours. We had long sessions of Asphalt 9, PUBG and Real Racing 3, and never we came across any performance hiccups though we had to bear the phone’s rising temperature until we covered it with the silicon cover.

It could be marginally behind the Qualcomm, but if you are not a big fan of benchmarking results, it shouldn’t bother your opinion.

20 Pro has Magic UI 2.1 software skin on top of Android 9.1. Honor has been claiming it to be different than EMUI, but we feel it looks similar to EMUI 9.1, in fact, it’s a different label on the same bottle. However, we would like it to improve in the upcoming version.

The device comes with the SuperCharge feature, which is a hallmark of Honor and Huawei flagships now.

With its 22.5 Watt charger, it takes 90 minutes to fully charge its 4000 mAh battery that easily survives the entire day with average to heavy usage.

During our day to day working, we always had around 25% battery left at the day end, thanks to the LCD screen and smart internal management of resolution switching which plays a role to keep it optimized and put less pressure on the battery life.

The phone survived almost 12 hours in our back-to-back 1080p video loop test with both the SIM active and connected to 4G which makes it roughly 10% in an hour.

Honor 20 Pro’s camera setup is the primary selling feature of this phone, and if some people believe that only P30 Pro is the only camera beast Huawei has ever produced, then Honor has proven it wrong. In its own category, this phone’s camera performance is no lesser than most of the rivals. The primary lens by default outputs at 12MP due to quad pixel technology derived from the Sony sensor, but it can be used in full form 48 megapixels. The OIS really saved us from hassle at the time our zoom went beyond 10x and particularly while taking night shots.

We took a lot of pictures at varying distances; the laser autofocus was quick in judging the backgrounds and the subjects, the blur turned out to be very decent depending upon the distance of the subject from the camera.

The rear camera setup offers 7MP, 9MP, 12MP, 48MP, and 48MP AI Ultra Clarity modes; the last one, our favorite one during the testing period, gives really fine photos, double in size and of course in quality that other modes produce. At night, we noticed it taking away much of the noise in photos and adding details with the help of some software tweaks. You can have a look here to see the difference.

A macro camera is an exciting tool for some creative shots with bokeh effects, but noise creeps in a low lit environment whereas the primary and telephoto lenses work comparatively fine in the same conditions. It can shoot with 3x optical zoom and can go as high as 30x digitally keeping photos acceptable around 20x.

On the video front, the phone can record 4K videos but only for up to 10 minutes considering its huge size. A 1 minute and 52 seconds video can eat 466MB of your internal memory and also put a lot of burden on the battery. Interestingly, we were able to use zoom in the middle of recording up to 10x and also switch over the wide-angle lens.

I wish the camera app weren’t a duplicate of Huawei’s interface; it needs to display frequently used toggles on the home screen of the app. HDR which we usually find right on the front in other phones is buried deep into the ‘More’ menu that is very cumbersome in some cases. Maybe, the future updates of Magic UI could come up with some tweaks.

All in all, Honor 20 Pro is a gadget that plays decently well in almost all the departments. Its exterior, quick processing, and the camera are the praiseworthy traits. 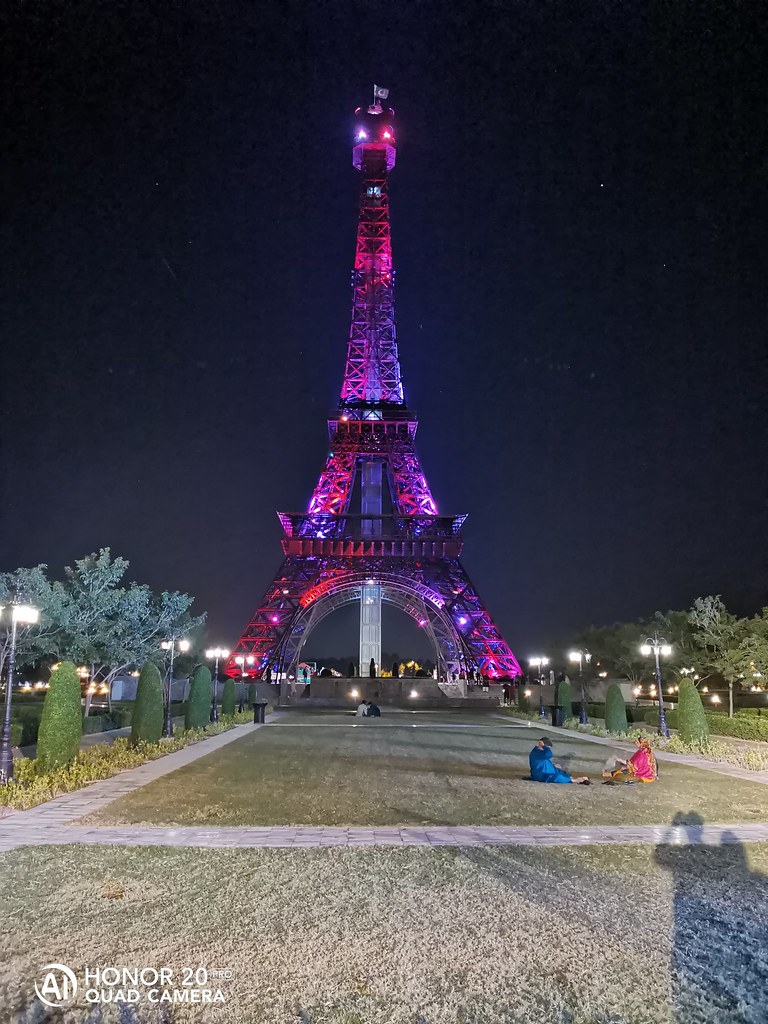 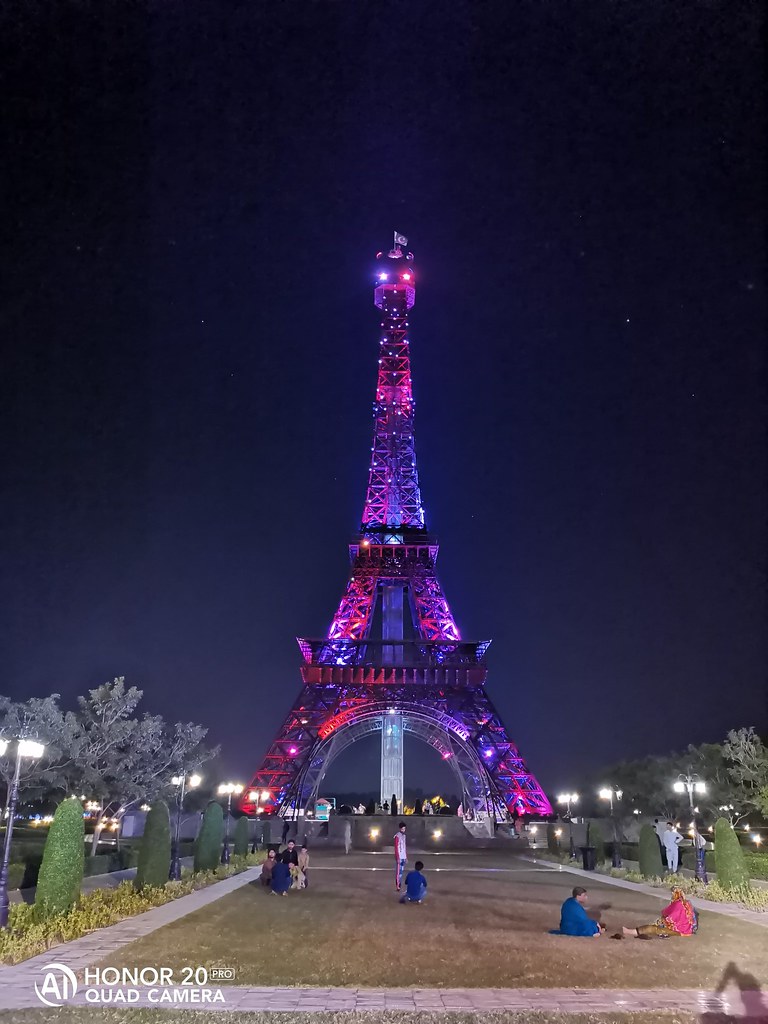