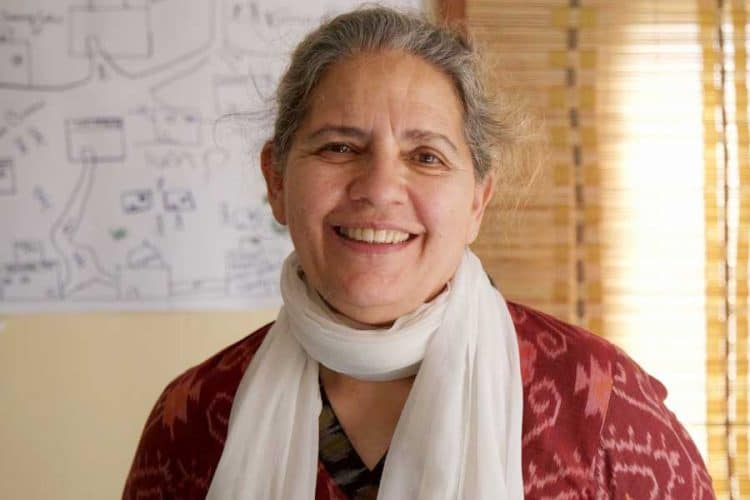 When it comes to working for the country, not a lot of people show interest. But there are some people who work selflessly to serve humanity. One of them is Dr. Quratulain Bakhteari. Being a female did not cease her from making efforts for the poor people of Pakistan. Dr. Bakhteari is one of the few women who dare to change the world.

A woman who spent her early years of age in a small refugee camp, married to a dentist at the age of 16, worked hard and finally launched an Institute for Development Studies and Practices (IDSP) in 1998. Dr. Quratulain Bakhteari is not just a woman, but she is a symbol of aspiration for the people.

At the age of 22 years, she had three children. After the partition of India and Pakistan in 1947, Dr. Quratulain Bakhteari spent her early years of age in a refugee camp in Karachi. She was so sensitive since a very young age, and that is why she was shocked to see the destruction caused by the Indo-Pak war of 1971. Despite the disapproval from her husband, she decided to help the victims of the war.

After years of serving the humankind, Dr. Bakhteari decided to start an organization for educating the people on different subjects and convincing them to help the others. In 1997, she began working on this project and finally launched the Institute for Development and Practices (IDSP) in 1998 with only a few people onboard. She was also awarded the Skoll Foundation Award for Social Entrepreneurs.

Dr. Bakhteari has worked with the United Nations International Children Emergency Fund (UNICEF) and also helped the Government of Balochistan in establishing the schools for girls. In 2006, she was nominated for the Nobel Peace Award. She has also helped the people who were affected by a recent earthquake in the northern areas of Pakistan.

No doubt, Dr. Quratulain Bakhteari is a very kind-hearted woman who loves to help the people. Dr. Bakhteari is one of the few Pakistani women who has made us proud. She has proved that if someone wants to do something good, nothing can stop him/her from accomplishing the mission.