E-Commerce in Pakistan has shown tremendous growth over the last couple of years which has attracted both foreign and local investment, and the interest of the local brands to establish their online stores in order to fight those who entered in consumer market solely through this platform. However, despite the investment and craze, the reporting side of the industry is highly vague.

Rocket Internet, a German company that started six online platforms for wholesale-cum retail businesses namely, Kaymu, Daraz, jovago, foodpanda, Lamudi, Carmudi, has never disclosed the total size of investment in Pakistan nor it reported the return it has received so far on investment.

Uber and Careem (Abraaj Group) are other international ventures who entered the e-commerce in Pakistan following the evolving trends and the presence of Rocket Internet further strengthened their belief in this market.

However, various industry officials who are working or previously worked at top positions believed that the annual turnover of all six ventures is around USD 25-30 million while the total size of the industry is almost double the size of Rocket Internet business, which means around USD 60 million.

Since e-commerce in Pakistan is widely undocumented, and the groups involved are not the public listed entities. Therefore, it is anyone’s guess to measure the exact size of the emerging e-commerce industry of Pakistan.

Nevertheless, some bigwigs such as Telenor’s top officials of likes Irfan Wahab, MD of Kaymu.pk – Ali Zain calculate the size of the local e-commerce industry to be around USD 100 million in its current state. According to them, it could swell to a much higher proportion if a favorable environment and opportunities are provided.

It is surprising that what kind of possibilities they seek for the growth of e-commerce in Pakistan since it is not documented with the tax authorities of Pakistan such Federal Board of Revenue (FBR), Punjab Revenue Authority (PRA), Sindh Revenue Board (SRB), and others. Interestingly, on the other hand, the Punjab government has ceased to tax the internet services in the province, where data consumption is highest in the country, solely for the promotion of Information Communication and Technology (ICT) and growth of the sector to promote e-culture in the province.

Ali Zain stated that around 30 to 35 million out of 200 million population of Pakistan is using the internet while only 20 million are Facebook users. “Technically speaking, we have only 20 million people to market the product as Facebook is the platform where we do marketing while the rest of the 1.5 million internet user base is not a potential customer for the e-commerce industry at the moment,” he said.

The establishment of the payment gateways, improving the customer’s trust, saving them from the ever-growing online frauds, are the much-needed steps for the healthy growth of e-commerce in Pakistan. A robust ecosystem for the e-commerce industry is required for which all the players are working together.

“The entire sector is currently working on these lines to protect the customers from frauds, and just recently Kaymu has made an agreement with the Mobilink for Escrow payment feature. Under this system payment will not be made to retailer/seller without the permission of customer for saving him from any payment fraud”, Ali mentioned.

However, he refused to describe the sales turnover of the company and said: “I cannot share it as its’ not for the public domain.” Additionally, the sales record of the other businesses that are doing business online through Facebook marketing is not available as well due to their status of being ‘unregistered.’

He said all businesses of the Rocket Internet are private limited and registered with the Security and Exchange Commission of Pakistan (SECP), and FBR.

“We have Earnest & Young as our auditors who submit the same report to FBR, which is usually sent to Rocket Internet. Since we are an international company, therefore, we cannot evade taxes. We deduct taxes on the payroll”, he said.

“However, e-commerce is a sector in its nascent stage, and no venture is making a profit. Players are in loss then how a loss-making entity can pay tax”, he asserted.

The standpoint of tax collectors

Salman Ali, Spokesperson of Punjab Revenue Authority (PRA) said the Authority had not tapped the sector properly. “We have so far sent notices to the digital advertisers such as Google, Facebook, and others as they have an enormous potential for tax revenue,” he highlighted quoting a Google study, according to that it has a market of USD 50 billion in Pakistan, but it is not paying taxes.

Aman Anwar Qidwai, an officer in PRA who is dealing with the online and internet-based services providing sector said that the industry is not regulated and therefore not paying the taxes. “We are working with PASHA and collecting information of their members and have asked to motivate them to get registered themselves in the tax net,” he stated.

Recently, we have approached Zameen.com, and it is going to get registered with the PRA as a service provider. Technically, e-commerce has not been identified as a sector whereas it is flourishing. We are working to bring the industry into the tax net under other sectors’ categories as the PRA is currently only netting the internet advertisers and not the commission agent type service providers.

A top official of the Federal Board of Revenue (FBR) said that e-commerce is not registered with Board as a sector. The online stores might be paying taxes to the national kitty as individuals and not as the companies. Unfortunately, the documented entrepreneurs are undocumented on account of the tax collection.

“The online retail stores claim that they are only managing the escrow payments – a role of a middlemen or commission agent – for selling the products to buyers thus maintain that they are not liable for the general sales tax. However, they are bound to pay the income tax in any case by declaring their assets. But it seems that the sector is evading the tax as no one has investigated into the matter”, the official said.

“The potential is enormous which needs to be tapped either by the FBR or provincial revenue authorities on account of the services sector. In any case, the e-commerce industry is liable to pay taxes”, he continued.

More justification and the loopholes

Following the trail of e-commerce, mega brands have also started working on the development of their online stores to ensure their presence in the virtual world. They are unable to understand the business model of online as the majority of the online stores are failing in the timely delivery of the orders which discourages the customers from spending on a deal.

In some cases, these online stores ask customers to collect their desired product from a particular store. Furthermore, they also have a model in which they ask the customer if there is a store nearby for picking the ordered item.

Such brands are only gathering customer data through online stores so their future offers and discounts could be bombarded to potential buyers.

Interestingly, famous electronic and home appliances brand Haier has recently made an online deal of PKR 300 million on its first day of operation by selling electronic goods to its parent company Ruba Corporate Department (RCD), and announcing its biggest ever e-commerce transactions of Pakistan’s history.

Fareed Shah, former MD of the Daraz.Pk termed it injustice with the e-commerce industry who said that if the trade was made with some other company then it clearly fell in the B2B category. Moreover, it was a mere change of hands within the organization.

Talking about taxes paid by the sector, Fareez also claimed the industry is not making a profit. However, regarding sales tax, he said the online stores take an undertaking from their suppliers about tax payment, and they also pay taxes on those items which were sold.

If the online store is just providing a platform for buying and selling then it is not liable to pay sales tax; rather it is the duty of the seller to pay taxes.

Fareed said the online shopping trend is gradually developing in Pakistan. “We need to develop stronger customer experience so that it becomes a habit for them to come back again and again,” he said.

Ahmed Khan, founder MD of Kamyu.pk, has started his own startup Cheetay.Pk – a platform to deliver online orders quickly and timely. He says that a huge number of suppliers is unregistered in the e-commerce industry concerning taxes.

Another bottleneck is the escrow payment mechanism itself. For example, If someone places an order to Cheetay for a food item from some renowned restaurant of Lahore and doesn’t ask for the invoice nor the restaurant issues, then how the online service provider is liable to pay the tax on it? In such a case, the service provider gets the commission or service charges through escrow, Ahmed explained.

Moreover, in the case of the Cash on Delivery (COD) model, the product is delivered to the customer, and the cash payment is made to the retailer. Now it eventually depends on the retailers if he pays taxes on it or not.

A proper payment gateway system, either through a banking network or any other payment solution provider under the umbrella of State Bank of Pakistan (SBP), is the only solution.  Only then the transactions can be tracked, and taxes can be ensured, he suggested

Ahmed further pointed out that as the sector is undocumented, and improperly regulated, smuggled and non-custom paid items are also sold at the online stores. Currently, there is no mechanism to check the duty-related charges, and there is a huge number of online stores which offer such products freely without fear.

The author Jawwad Rizvi is a senior economic journalist at The News and can be followed @Jawwadrizvi. 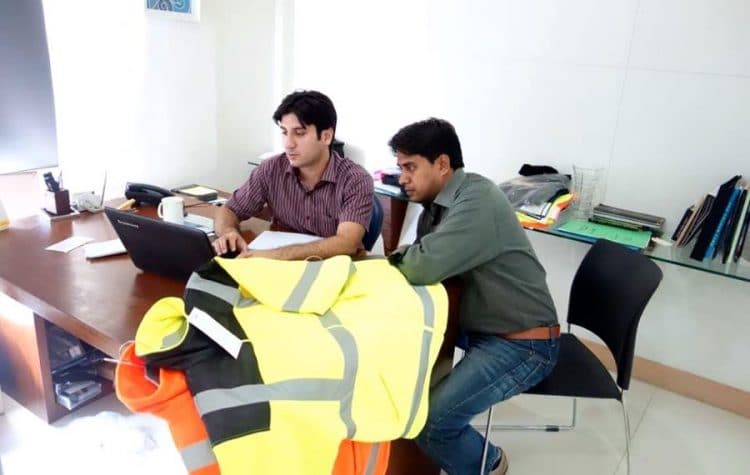 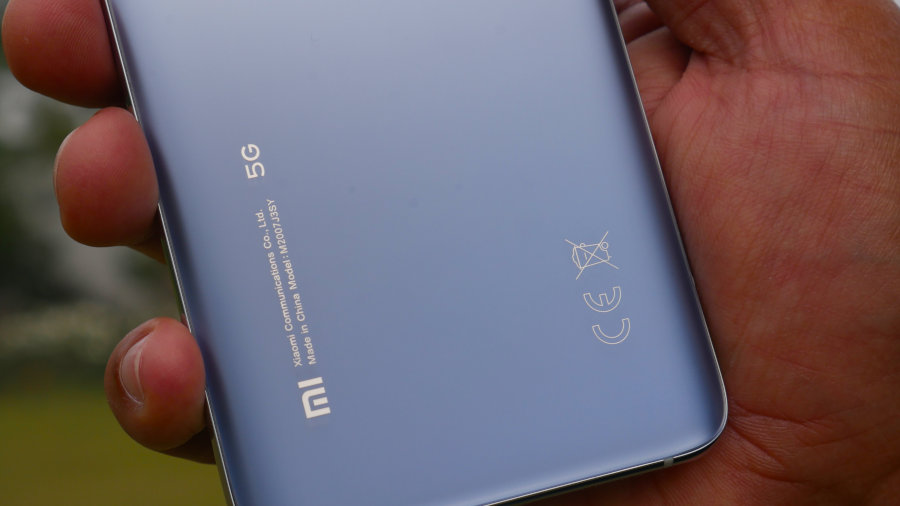