Azad Kashmir – A fertile, green, and mountainous valley that not only takes the credit for being one of the most captivating regions in the subcontinent but has the highest literacy rate in Pakistan. This self-governing division has a literacy rate of 72 percent and the highest school enrollment in the country. Primary school enrollment is 95 percent for boys and 88 percent for girls which is greater than the enrollment rate in other regions, a report compiled by Alif Ailan recently unveiled.

Despite being ahead in numbers, AJK lacks in providing standard and quality education to the masses. According to the independent studies, two in five students of class five are unable to read simple Urdu, and sixty percent of students fail to do simple math. Furthermore, the percentage of graduates is lower than the average exist across the country. There are only three public universities recognized by the Higher Education Commission of Pakistan, two private universities, and three medical colleges that are also operational in the territory.

Who would believe that Azad Kashmir, which has been engulfed by dirty politics and a weak education system, was once the center of educational excellence? It remained the hub of knowledge for the people of China, East, and Central Asia. This was the time when the river of knowledge was flowing from a small town in Neelam Valley, Sharda, to the Indian subcontinent.

Located at a distance of 136 kilometers from Muzaffarabad and 30 Km from Dawarrian, Sharda is a fascinating place having lush green plains and roaring ‘River Neelum’ which flows through the valley, a distinctive feature of the valley, and an endless water reservoir. As you travel alongside the river from the capital city of Muzaffarabad to the last village of the territory ‘Taobutt’, the disputed area of occupied Kashmir comes closer to you at many places providing you enough glimpses of life in suffocation across the river.

Sharda, lying between Karen and Kel is a popular tourist point that offers beautiful weather in summers and snow-covered mountains in winters, picturesque views, Jet skiing in river Neelum, riverside camping, and much more. However, the village is more famous for its ancient Sharda university known to be a prominent institution of Asia in the Buddhist era. It was once the center of spiritual education for Buddhists and Hindus.

The Hindu Pandits and scholars of Sanskrit used to pay their visit at the Sharda University from the far away of the Subcontinent. The Chinese Buddhist monk Xuanzang visited this place in 632 CE and stayed there for two years. In addition to Buddhist studies, this university was a source of learning history, geography, physics, and philosophy. This institution had its own script named Sharda script which was developed in the 9th century.

Sharda University aka Sharda Peeth temple was dedicated to Sarasvati Sharda, a Hindu goddess of knowledge, music, arts, wisdom, and learning. There was a sandalwood idol of Saree Sharda Devi in the temple which does not exist there at the present and is believed to be taken away by Shankaracharya. The Hindus believe that their goddess was the resident of Kashmir, and that is why they named Kashmir ‘Sharda Desh.’

The Sharda University is situated near the Line of Control in between the Indian-occupied Kashmir and Azad Kashmir. The amazingly designed building, which now only exists in ruins, is positioned at the height of 11000 ft above sea level and about 70 miles from Srinagar. It is 142 feet in length and 94.6 feet in width. The outer walls of the temple are 6 feet wide and 11 feet long along with the arches having a height of 8 feet.

The alma mater had periodically fallen into disrepair after India lost its contact with Sharda Peeth and Krishanganga in the 14th century. It was last renovated by Maharaja Gulab Singh of Kashmir in the 19th century. After the first Kashmir war between India and Pakistan in 1948, the site came under the control of Pashtun tribesmen who invaded the region and then passed over to the newly formed government of Azad Kashmir. The site was heavily damaged in the 2005 disastrous earthquake.

Some Indian politicians have demanded Pakistan to renovate this temple in the similar way that it restored the Katasraj temple in Punjab. However, neither funds have been set aside by the Pakistani government, nor the Indian government has offered any financial or technical assistance in this regard. Therefore, there are no plans for the renovation of this monument, and its deterioration remains ignored.

The visitors from India do not have permission to access the Sharda region, given its proximity to the Line of Control. However, foreigners from other countries do not face such restrictions. The citizens of Pakistan including its Hindu population are also not forbidden from visiting this site. 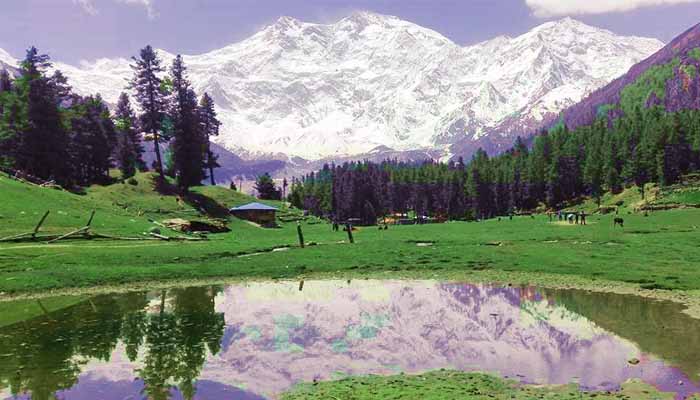